Most of our vineyards are located in Cinigiano close to the medieval hamlet of Castel Porrona. These hills and the mild and sunny climate have always been ideal for winemaking.
The winery aims to make itself known for the care it takes of its old vineyards and their multi-varietal composition which also include lesser known local grape varieties. Instead of renewing the vineyards with highly productive grape varieties, the estate prefers to work with the inherent potential of its aged and wonderfully mature vines.

Work in the vineyard – from pruning to harvest – is carried out manually following the rules of traditional Tuscan winemaking. For the tying up of the vines we only use vegetable fibres from local plants grown in the area.

rare biotype of Trebbiano Toscano, this grape variety is rarely found today and used to be mostly cultivated in the confining areas of Tuscany, Umbria and Lazio. Its name seems to derive from the Latin word Procus, which means ‘enchant’ and ‘bewitch’. Genetically identical with Trebbiano Toscano, Procanico has smaller leaves and grapes and a higher aromaticity.

ound all over central Italy, Sangiovese is the emblem of Tuscan winemaking. Probably originating from the area of the Apennine mountains dividing Tuscany and Emilia Romagna, the grape is most famously known for its use in Brunello di Montalcino. The origin of the name is uncertain. Sangiovese might derive from San Giovanni – dialect san giovannina – ‘early grape’, because of its precocious development, or from Latin Sanguis Jovis (blood of Jupiter).

The doppio capovolto toscano (Tuscan double bend) is a traditional vine training system that is nowadays mostly found in old vineyards across Tuscany.  The pruning and tying up results in a branch with 1 to 2 gems at the top whilst the others are shortened and folded downwards and bound to the wire placed below the main one. Each branch will have 12 to15 gems. 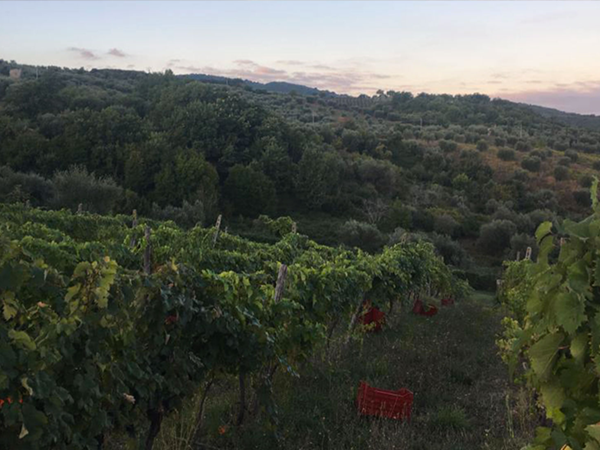 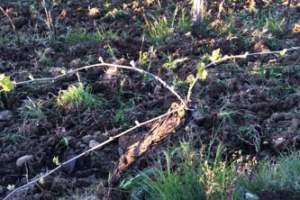 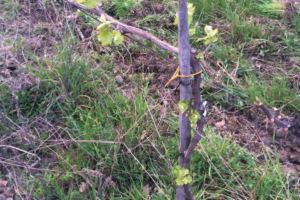 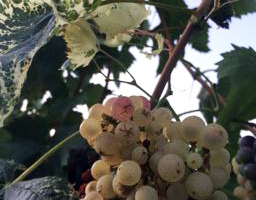